A new installment in the popular MapleStory saga 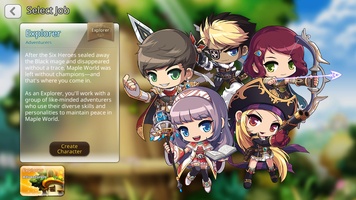 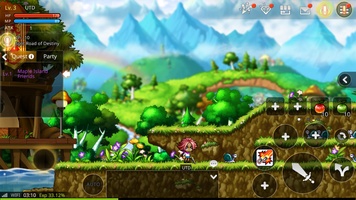 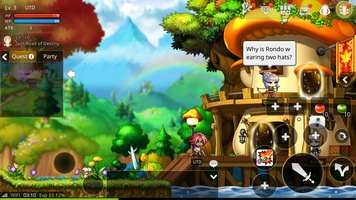 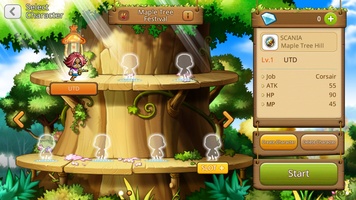 Advertisement
MapleStory M is a 2D MMORPG that gives you the opportunity to delve into the fantastic world of Maple. There, you’ll find tons of friends … but also a lot of enemies you’ll need to defeat.

When it comes to creating your character, you can choose between five different classes, each with its own weapons and special abilities. Aside from the class, you can customize your character by choosing from all sorts of hairstyles, skin colors, clothes, etc.

To level up and improve your character, you have to complete missions and defeat enemies. The combats develop in real time using a dynamic and fun fighting system where you can jump, and use both normal and special attacks.

One of the best things about MapleStory M is its social aspect. Just like in the game’s original version for PC, you can interact with other players online and even create groups of adventurers to face especially hard missions together.

MapleStory M is an entertaining MMORPG that, just like its PC version, offers simple gameplay, attractive graphics, and tons of content.
Reviewed by Andrés López
The MMORPG Maplestory has arrived on Android

Talking about Maplestory means looking back at the living history of MMORPGs. The original game was released for PC all the way back in 2003 when Asian RPGs were hitting hard with pace setters like Lineage, MU Online, and Ragnark, and it's still going strong 15 years later. The giant Nexon, which owns the license practically everywhere in the world, has successfully managed to squeeze all it can from the brand, in the form of anime series and games for handheld consoles and smartphones, which brings us to the present day. In addition to the imminent release of Maplestory 2 for PC, Maplestory M was just released, bringing the essence of the original game with 2D graphics to Android.
See more

When will the new version release the installation package

Genshin Impact
An open-world RPG with spectacular graphics
Brawl Stars
3-on-3 battles from the creators of Clash Royale and Clash of Clans
Angry Birds Epic
Join the Angry Birds on their most epic adventure
League of Legends: Wild Rift
The MOBA king deploys its arsenal on Android
My Child Lebensborn
Adopt a German child after World War 2
LifeAfter (Global)
Cling to life in a hostile world
Naruto: Slugfest
The official Naruto MMORPG
Sword and Magic
Explore a spectacular fantasy world
Advertisement